Lõunakeskus is the biggest shopping centre in South Estonia.

Lõunakeskus is a valued recreational destination for the whole family. It hosts a year-round ice rink and ice arena, Apollo cinema with 6 halls, hotel Sophia, sports club, adventure park and other fun activities.

Lõunakeskus also has a wide selection of cozy restaurants so that no one has to go home hungry. All restaurants provide free WiFi.

Socially responsible – Lõunakeskus is receptive to social demand and its own effect on the community. The Lõunakeskus foundation helps promote sporting activities and healthy lifestyles for youngsters by supporting the development of children and young talents in Tartu and Tartu County. Lõunakeskus is also the main sponsor of the Tartu Marathon children’s series.

Development - Lõunakeskus is always aware of new ideas, accepting and reflecting them.

South Estonia - Lõunakeskus is a center for South Estonia. It appreciates and supports everything local and regional. Lõunakeskus shares the values of its customers – local and quality produce, home and family, local nature and culture.

Fun - Lõunakeskus is full of surprises. There is always something new waiting to be discovered and emotions waiting to be experienced.

The Astri team has a lot of retail experience, as the Astri chain of stores was established in South Estonia as early as 1993. Lõunakeskus is one of the many companies belonging to the Astri Group. Astri Group is a group of companies fully based on Estonian capital and established in 1991.

Lõunakeskus was opened in 2001 with a retail space of 15 000 m². The commercial area has expanded step-by-step:

2017 – Main building reconstruction and extension-new size of the main building 72 000 m². Apollo cinema, hotel Sophia and approximately 30 new stores and dining places joined our big family. By the end of 2017 there will be a new building for Asko, Sotka and Mileedi making the whole trade park area as big as 90 300 m².

The main customer base of Lõunakeskus resides in Tartu and the nearby counties, within the range of a 1-hour car drive. This area includes more than 350,000 people. In addition, Lõunakeskus is visited by transit customers and tourists from Estonia and other countries. 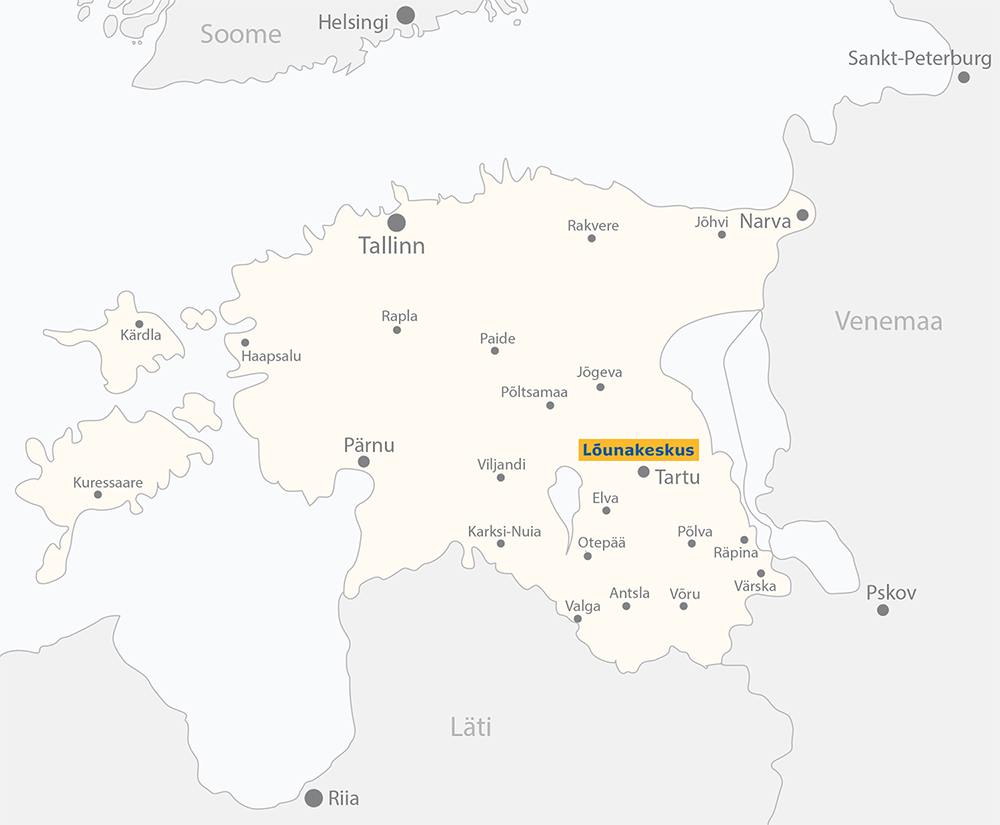